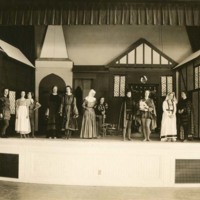 Throughtout its history, Abbot Academy celebrated theatre and the study of the dramatic arts as an important facet to a young woman's education. Theatre at Abbot afforded students the opportunity to learn not just about the art form itself, but also about themselves and their peers in a sincerely human capacity. In turn, the common experience of theatre helped knit together the warm communtiy that defined Abbot Academy and its legacy.

Daughters of Abbot: Patricia A. Bowne and Marcie Rickenbacker 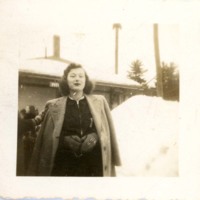 Not only does this collection give a glimpse into the life of an Abbot girl, but it also provides a parallel picture of these women's experiences during their respective time at Abbot. More letters and images have been scanned than have been included in this online exhibit. More information can be found here: http://www.noblenet.org/paarchives/?page_id=2116 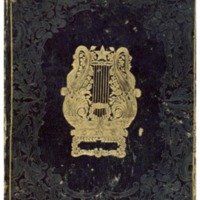 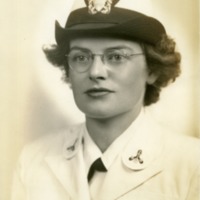 Helen Ripley, graduate of the Abbot Academy class of 1930, is just one of many examples of women who acheived success in their lives post Abbot Academy.

After attending Bryn Mawr College (graduating in 1935), Ripley became a teacher. Our documentation on Helen Ripley focuses on her successful and longstanding Naval Career, joining the United States Navy shortly after the beginning of World War Two. Ripley would work in foreign affairs positions through the duration of her career in the Navy, retiring in the early 1970s.

The donation of Helen Ripley's military records and some photographs were given by her neice, Charlotte Ripley Sorenson, to the Phillips Academy Archives and Special Collections in 2015.

Letters to the Principal: the Correspondence of the McKeen sisters and Don Gordon 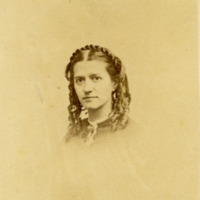 Abbot Academy was founded in 1829 as Abbot Female Academy. There were eighteen principals who served Abbot from 1829 until its merger with Phillips Academy in 1973.

This exhibit focuses on correspondence of three people whose tenure was most influential in school history. The McKeen sisters, Philena and Phebe, were a principal/assistant principal duo who began at Abbot just before the Civil War in 1859. The other, Donald Gordon, was the last principal of Abbot Academy, 1968-1973.

Through careful observation and use of the Abbot Academy Collection, a comparison between the two time periods, as well as the efforts made by the principals, can be seen in their correspondence with students, parents, and the community. Most of the letters used in this exhibit are incoming letters though outgoing letters do exist. More letters are available in the Archives and Special Collections at Phillips Academy. For more information, see the Abbot Academy Collection finding aid: http://www.noblenet.org/paarchives/?page_id=2116 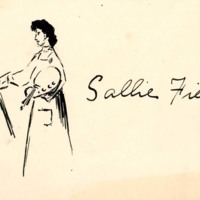 Sarah Field's love for knowledge lead her to pursue many different intellectual fields, but her passion for history and for her house in North Andover lead her to curate her own family's history, hoping to someday turn that home into a museum. Sarah Field lived to age 103. Although her family home never became a museum, much of the estate was to various institutions in Andover and North Andover, Massachusetts. this collection is exclusively related to Sarah Field's time at Abbot Academy and her participation as an enthusiastic and active alumna. This exhibit highlights and showcases a selection of her personal papers. 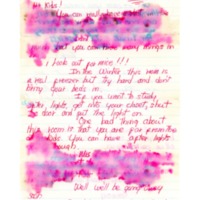 Sherman House was a dormitory for Abbot Academy girls who lived on campus. During the renovation of this house, a tin box was found in the wall, containing letters dating from the early 1950s until Abbot Academy's merger with Phillips Academy in 1973. Most of the letters were written by the student occupants of Sherman House during exam week, prior to moving into another dorm or leaving Abbot Academy after graduation. Some letters are from students who spent a lot of their time with friends in Sherman House. The letters range in topic, but all capture a moment in life of what it was like to be a student living on the Abbot campus during the late 20th century.